On the 21st of January 1998 while serving as a missionary with World Mission Agency – Winners Chapel, Our Senior Pastor had a unique encounter with God. That month he was attending WOFBI (Word of Faith Bible Institute) a subsidiary of Winners Chapel. The particular week they were going through Vision Analysis, a class he had attended in a previous WOFBI program. But, on this occasion, he woke up early in the morning and could not find sleep again, which led him to start praying in the spirit. He decided to take a walk from one end of the street where the mission house was located to another. During his walk, He heard God speaking strange things to him about his future, – “I am raising you to raise a generation of people, ready for the coming of Christ, a glorious people, a glorious church.”

The encounter lasted about three and half hours! He was led to read the book of Romans 8 till he got to verse 17-23 “For the earnest expectation of the creature waiteth for the manifestation of the sons of God. For the creature was made subject to vanity, not willingly, but by reason of him who hath subjected the same in hope, Because the creature itself also shall be delivered from the bondage of corruption into the glorious liberty of the children of God. For we know that the whole creation groaneth and travaileth in pain together until now. And not only they, but ourselves also, which have the firstfruits of the Spirit, even we ourselves groan within ourselves, waiting for the adoption, to wit, the redemption of our body. For we are saved by hope: but hope that is seen is not hope: for what a man seeth, why doth he yet hope for? But if we hope for that we see not, then do we with patience wait for it.”

AT HE LIVES BIBLE CHURCH

We are raising a generation of people, ready for the coming of Christ​

ABOUT US
VISION & BELIEFS
HISTORY

Reaching a New Generation with a Message of Hope

By the time he was done reading this passage, he was filled with trepidation, he gently asked a question. “Is my calling to get people ready for the rapture?” And straight away he got the reply from the same passage and in Colossians 1:27-29: “To whom God would make known what is the riches of the glory of this mystery among the Gentiles; which is Christ in you, the hope of glory: Whom we preach, warning every man, and teaching every man in all wisdom; that we may present every man perfect in Christ Jesus: Whereunto I also labour, striving according to his working, which worketh in me mightily.”

The next obvious word to him was – “You are my messenger of HOPE and the order of your life is Glory.” Since that day till this present moment he became very clear about his purpose! Hence, proclaiming every day the statement … the order of my life is GLORY… 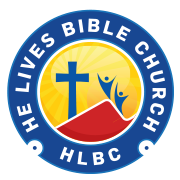